Gilles Aubry presents a series of artworks resulting from a collaborative research with biologist Younes Boundir on seaweed and pollution on the Moroccan Atlantic coast. Combining audio and video materials, objects, textiles as well as a seaweed culture device, the Atlantic Ragagar exhibition is conceived as a score for ecological intra-action. The relations that characterise the coastal ecosystem are here transposed into a performative and affective domain. Red seaweed, which is both a resource for the production of agar agar and a marine biodiversity agent, provides a possible model for an ecological redistribution of the sensible. The exhibition is accompanied by a public program of presentations, screenings and discussions. See full description below. 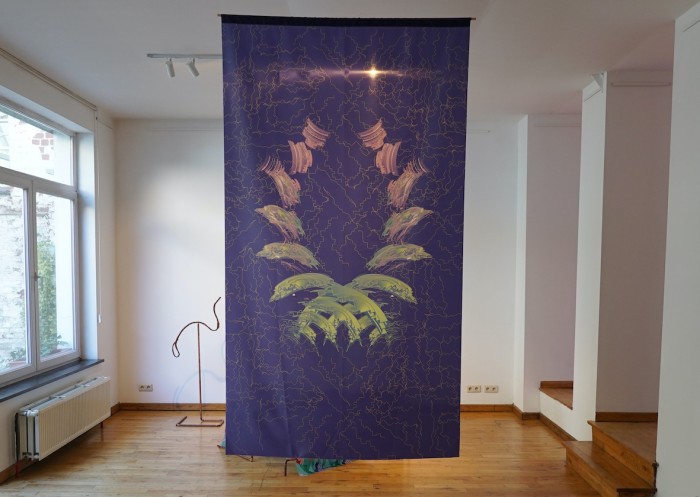 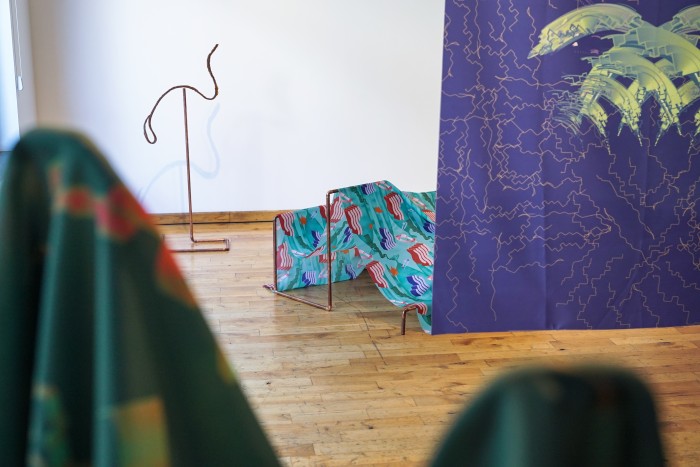 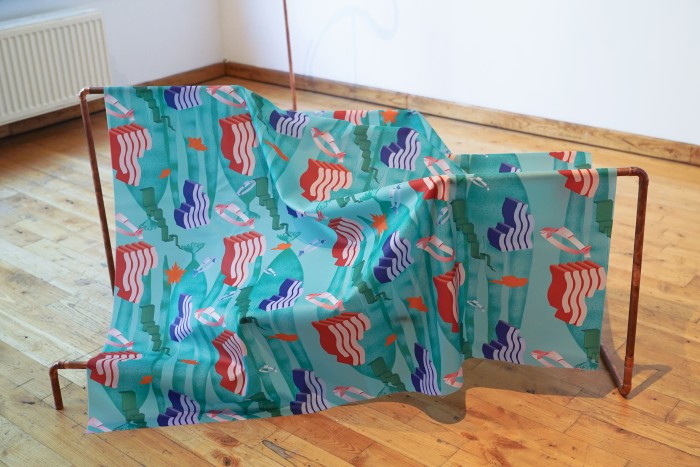 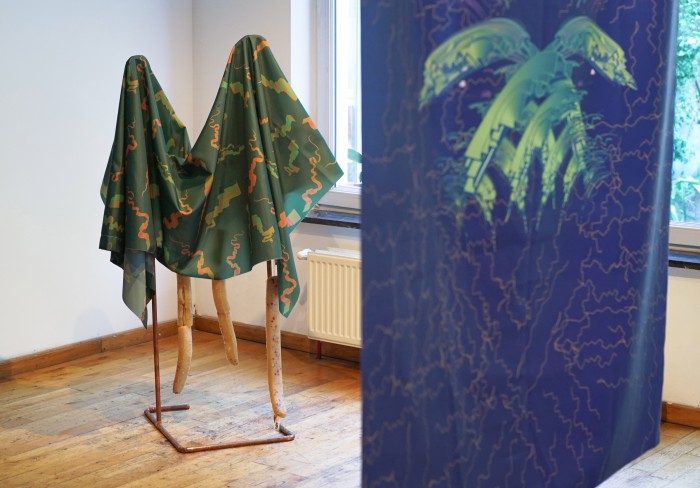 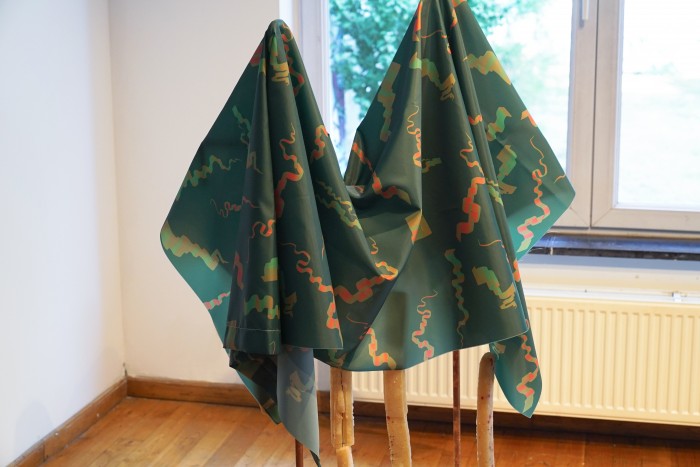 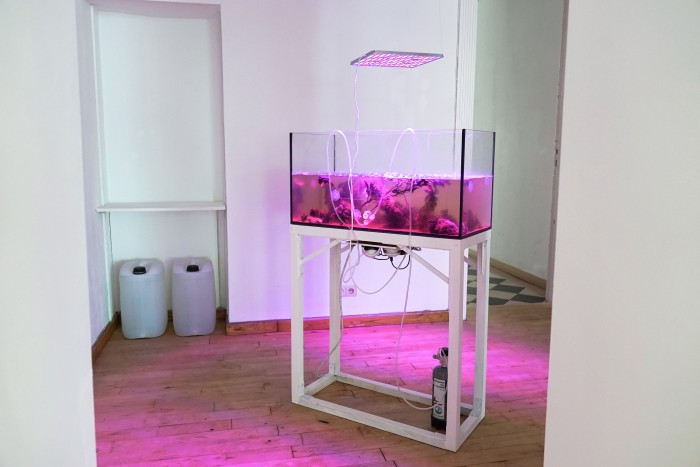 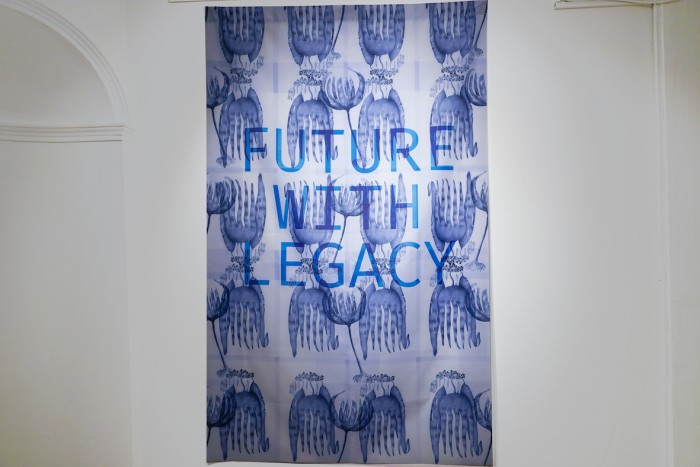 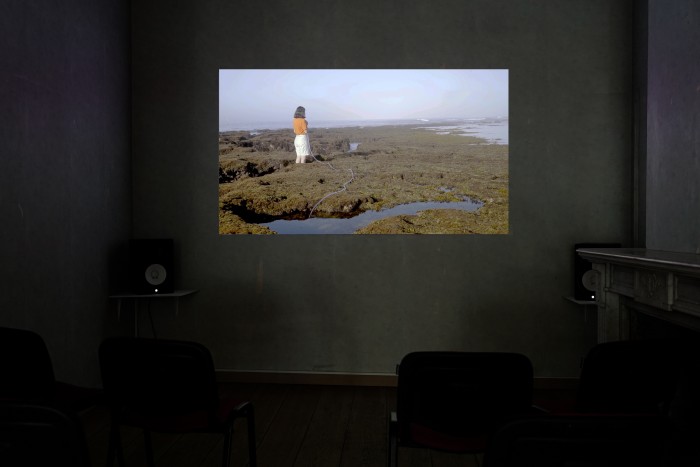 Using Younes Boundir’s long-term scientific research on seaweed and pollution as a starting point, the Atlantic Ragagar project engages with ecological transformation from a post-naturalist perspective. It does so by breaking up with the Western taxonomic classification systems that promoted “human exceptionalism” at the expense of other species. By attending to the material, socio-economical, and affective dimensions of the exchanges between humans and the environment, Atlantic Ragagar aims to imagine sustainable ways of ecological co-existence.

Aubry and Boundir examine the long history of interactions between the coast’s local populations and its marine life on the one hand, and the industrial exploitation of “natural resources” on the other. Known for its clear water and its remarkable bio-diversity, the Sidi Bouzid beach near El Jadida hosts dozens of seaweed species. The beach is also known for being a red seaweed (gelidium) exploitation site. Such type of seaweed is used in the production of agar powder for food and pharmaceutical industries. Further south on the coast, the city of Safi hosts an important industrial centre for the production of canned fish and phosphate fertilisers. These activities generate significant water and air pollution, with dramatic consequences for the environment and the health of the population.

In dialogue with the locals, the artists have carried out a number of interventions, which are documented in the exhibition with footage. The Binding Effect is the outcome of a cooking workshop with a group of women who collect seaweed for a living in Sidi Bouzid. Baking agar jelly-based desserts leads to conversations on the life of seaweed, on pollution and its effects and on the working conditions of the women harvesters. Using a more experimental approach, the video Atlantic Ragagar invites the public into a sensory and affective transformation process. The film unfolds through the vocal interventions of the performer Imane Zoubi, first on the beach and later in the studio during improvised sessions with Gilles Aubry on synthesizer. Using scientific data on water pollution from Boundir’s research, a graphic score was designed for theses sessions. A new figure progressively emerges, maouj, an aquatic body open to transcorporeal and interspecies speculations.

The other elements in the exhibition include printed textiles, various copper and agar paste objects, and living algae from the Belgian coast. This heterogeneous configuration is presented as a “score for ecological intra-action”, aiming to facilitate a material and affective reconfiguration of the self, more attuned to the environment. Numerous references to the eco-industrial history of the Safi region are convoked: among others, the flag of the city of Safi; the logos of the local extractive industries (phosphate for the OCP Group, sardines for the MIDAV Group, and red seaweed for the SETEXAM Group); the evolution curve of the phosphate wholesale price on the global market; graphical representations of heavy metal pollution in sea waters. These elements appear transformed in a series of visual compositions designed for the exhibition in collaboration with the graphic designer Abdellah Aboulhamid: Ye may extract from the sea refers to a Koranic verse on the Safi emblem, grounding in religion the city’s important extractive industry; Quantized Sea depicts a marine environment whose ‘nature’ is made of pollution particles and algorithms; Future with Legacy twists the marketing slogan of the OCP Group (National Phosphate Mining Company) in order to point towards new futures, different from the one prescribed by the company’s colonial heritage; Ragagarization, finally, puts everything back into play in an attempt to generate new material-affective bodies, according to the gelation process of agar.

With the support of Pro Helvetia, Swiss Foundation for Culture