Black Anthenna explores the link between radio reception and piracy as a form of untraining the ear and decanonising forms of knowledge. The project started with an invitation by the Tuned City Festival to perform on the archeological site of Ancient Messene in Greece in June 2018. The artists followed the multiple traces of writer and botanist Adelbert von Chamisso, whose famous novel (The Man With No Shadow, 1814) was performed in amphitheaters built by German settlers in Cameroon, Senegal and Gabon at the end of the 19th century. These historical and imaginary voices come to populate Aubry & Bikoro’s performative sound field, together with those of healing plants, African parrots mimicking German voices, conceptual radio antennas and African voices from German colonial sound archives. In this work nature transmits testimonies and warnings as device for the local struggle of a children’s former labor banana plantation in Mimbeng against a German female Goddess ‘Camissonae’ whose mirage manifestation was inspired by von Chamisso’s writings. In their performance, the artists invite the audience to become actively part of a process of decolonial wrestling and sonic healing, paying also a tribute to Martin Bernal’s theses on the Afroasiatic roots of classical civilization expressed in his book (Black Athena, 1987). For the second iteration of the performance as part of the Ohrenmensch festival at the Berlin House of World Cultures (HKW) in November 2018, the artists have added references from « Elektropolis Berlin », related to physical locations in Berlin for pirate radio activities in the 1930s. The performance also pays a tribute to African women involved in anti-faschist resistance in Berlin in the 1940s.

Views from the installation-performance in ancient Messene: 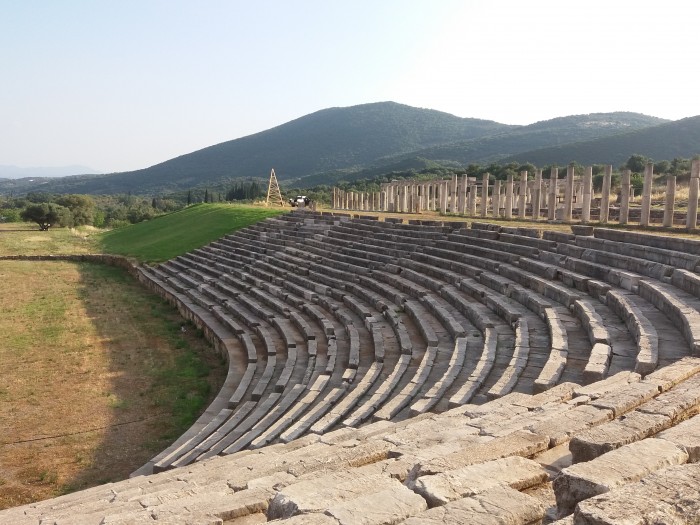 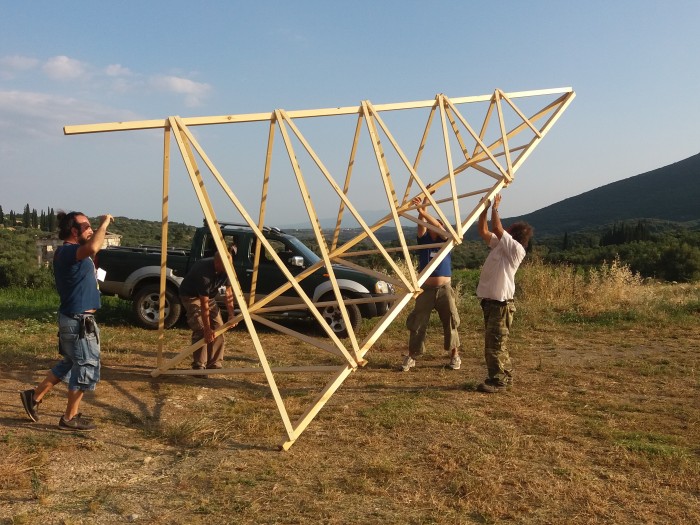 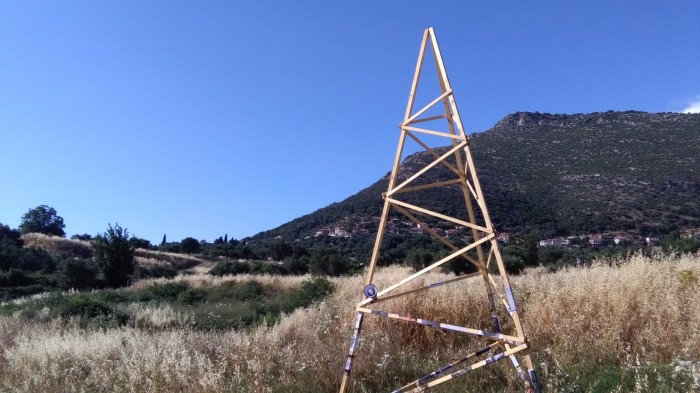 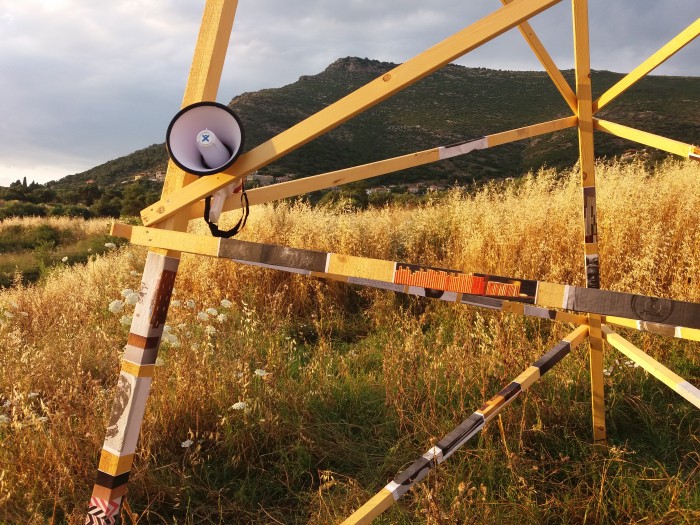 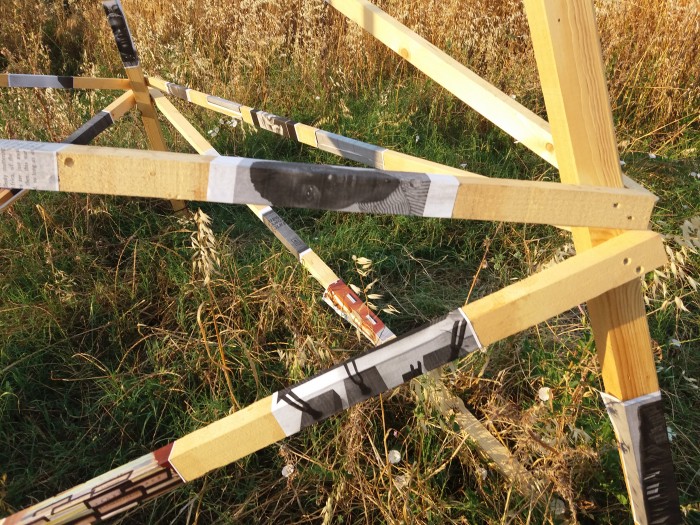