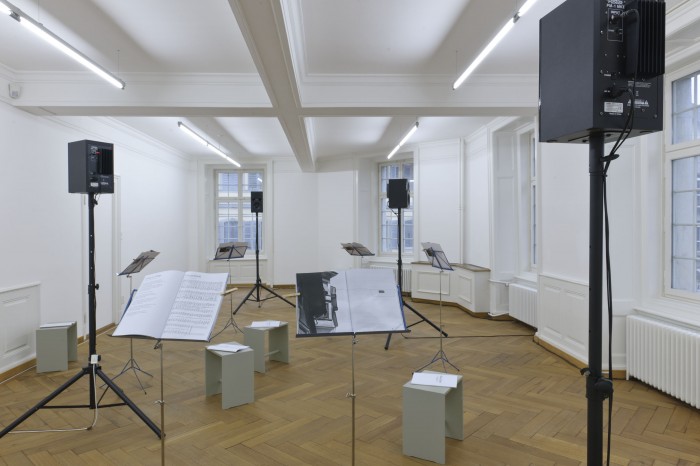 Aubry & Mettler propose their own interpretation of the idea of villageness in the form of an installation combining various village representations, both real and imaginary.

The piece is based on a collaboration with a local church choir in Langenthal whose members were asked to perform an original arrangement of the Middle-Age song « Ein Meidlein zu dem Brunnen ging». The song describes the romance between a girl from a village and a stranger, which leads to the her exclusion by other villagers.

The choir recordings have been edited into a four-channels composition, together with sounds from Langenthal, as well as Berlin and Paris, cities in which both artists currently live. For these recordings, locations in the public space have been choosen for their evocative potential of ideas and sensations related to villageness.

In addition to the audio piece, booklets containing a selection of songs related to various village narratives are displayed in the exhibition space on music stands, suggesting that audience members are always potential performers. 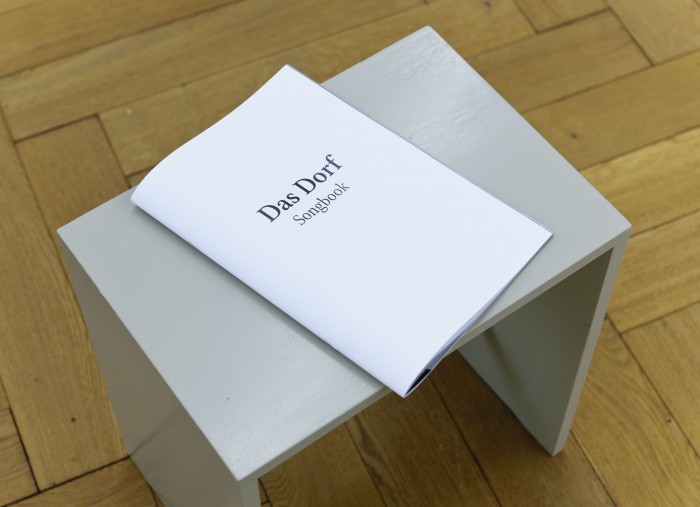 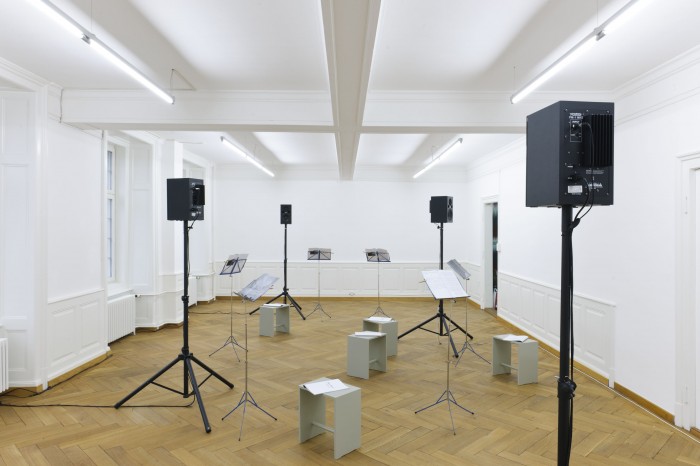 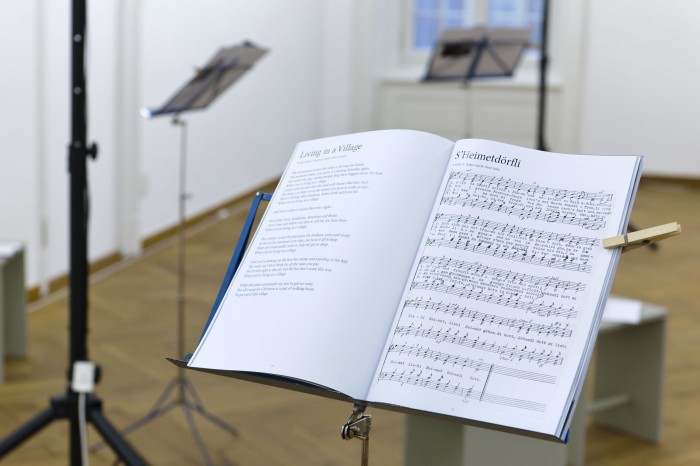