“Notes via a Soundscape of Bollywood” (2014, HD video, 32:40) by Gilles Aubry explores various aspects of the contemporary film/TV industry in Mumbai. During two months in early 2013 Aubry has recorded people at work in small studio-based businesses in Mahada, a Mumbai neighbourhood known as the “B-side” of Bollywood, including castings, acting schools, shootings, music and dance studios, sound designers, dress manufacturers and producers. The installation presents a selection from this material along with elements inspired from Pasolini’s 1969 film-essay “Notes towards a film about India”.

While mainstream Bollywood tends to develop towards a global audience, films produced in Mahada – mostly comedies or action movies – often target specific groups of populations from India’s poorest provinces, using regional dialects. Aubry’s recordings attest of the materiality of the production process, revealing voices, music, spaces, technology and special FX combined with sounds from the Mahada neighbourhood and its population. While movies often mirror the tensions resulting from the effects of globalization on traditional societies, the Bollywood dream-factory itself appears in this documentation as a highly precarious environment.

The author’s own presence as an observer questioning a “developing” society is reflected through references to the Pasolini movie. Pasolini’s questions to people on the streets of Bombay about the effects of modernization provide an example of how problematic such a position can be. His images, on the contrary, become an inspiration about how to successfully represent complexity, a preoccupation which is at the heart of Aubry’s audio-documentary work. Presented as a movie without pictures – a soundtrack with text projections – “Notes via a soundscape of Bollywood” occasionally adopts a narrative tone via an updated version of Pasolini’s heroic Maharaja story. The installation also include a hand-painted poster by S. Rehman, one of Mumbai’s last film-poster painter.

The work was commissioned for the Urban Sounds Exhibition at Haus fur elektronische Kunste Basel  (Sept -Nov 2013) and premiered as a movie at the International Documentary Film Festival in Marseille (FID) in July 2014.

Watch a documentation of the installation here. 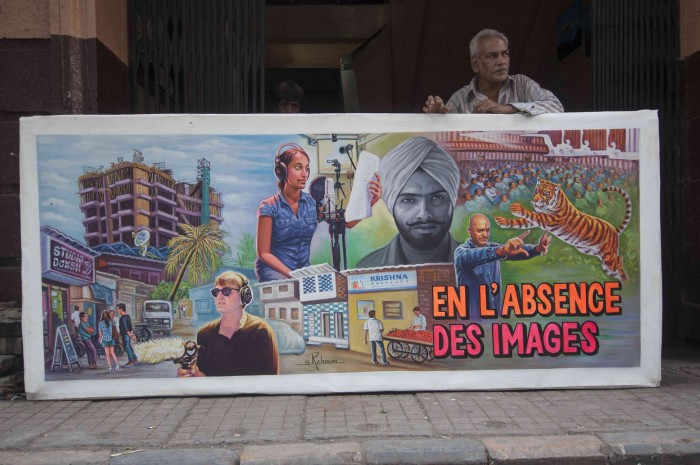 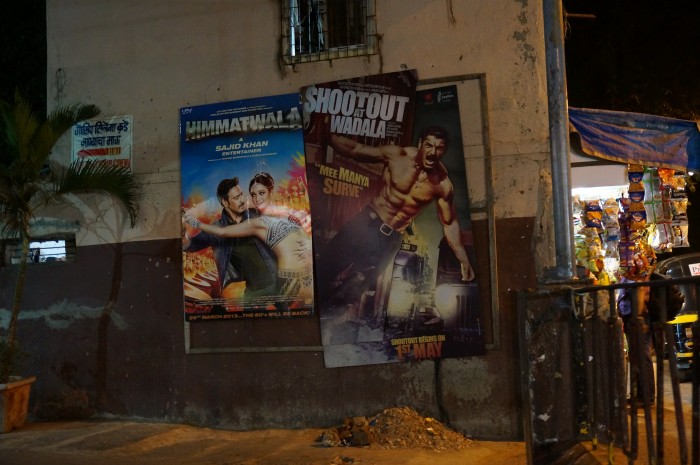 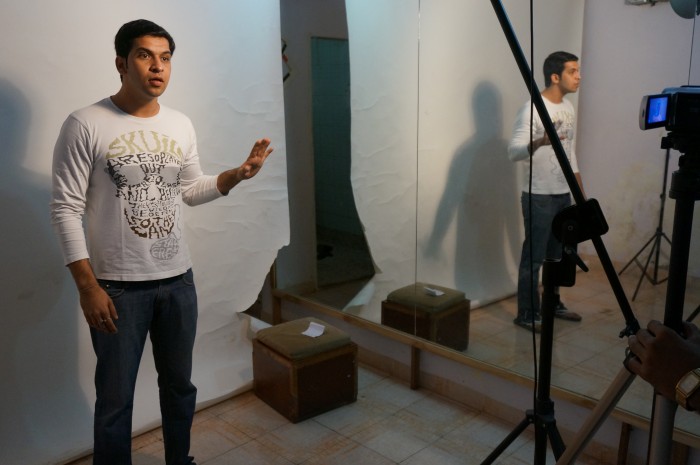 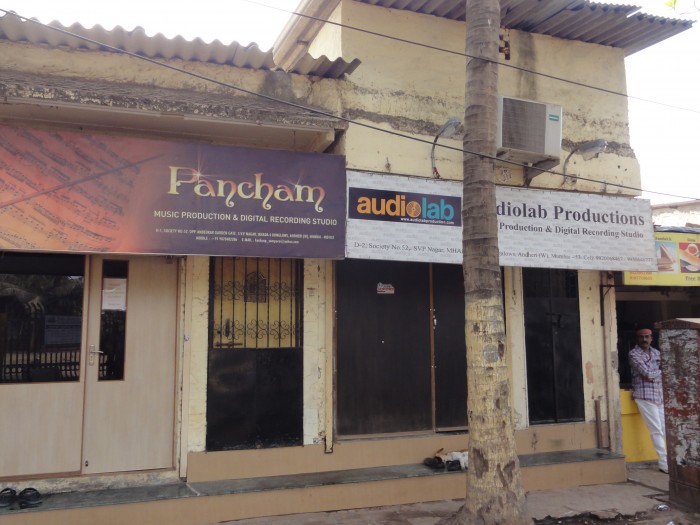 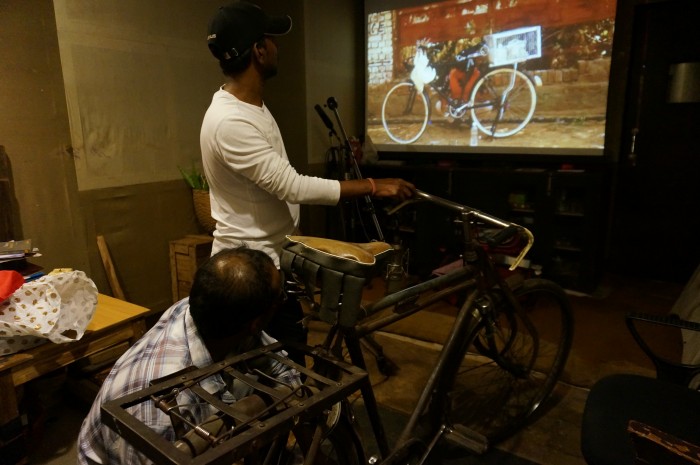 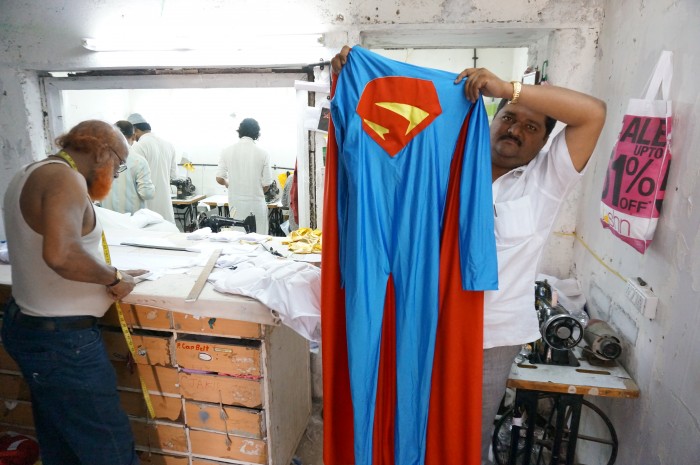 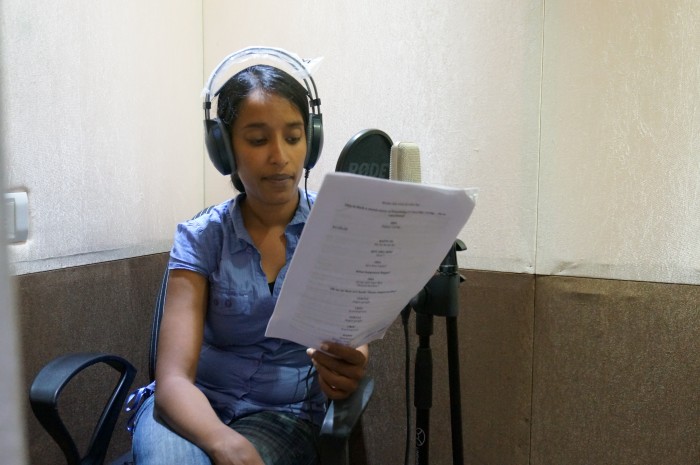 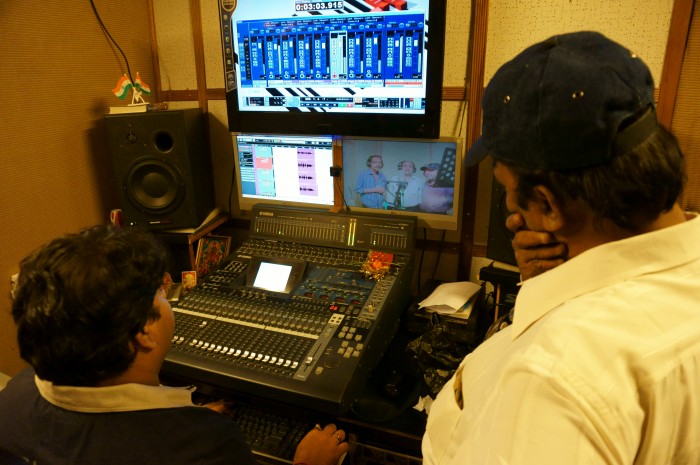 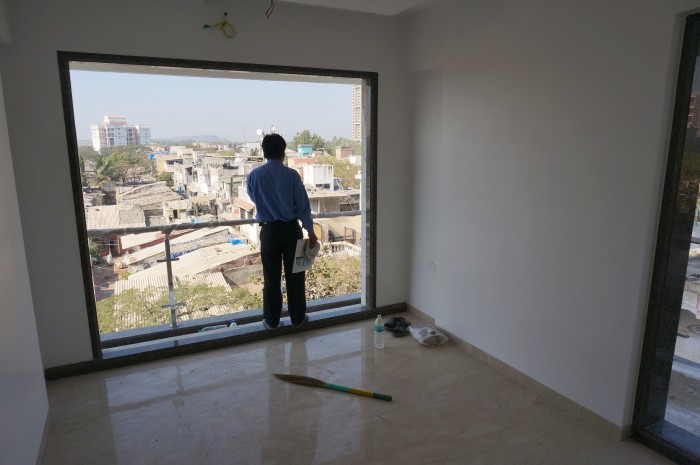