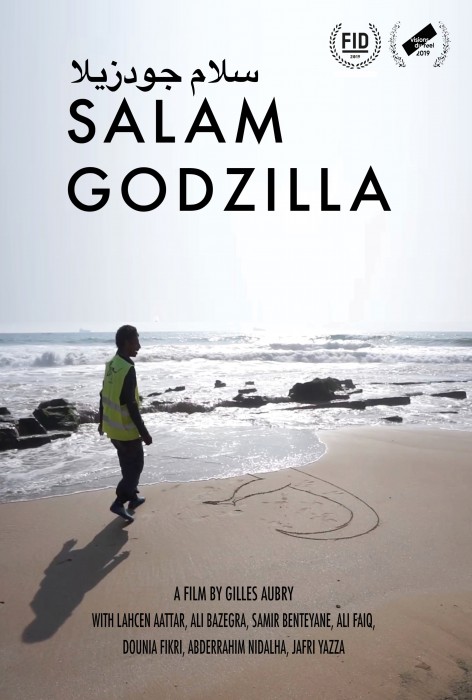 Agadir, 1960. A violent earthquake destroyed the whole town, except for a few buildings, including the Salam movie theatre. By a strange twist of fate, apparently the film shown that night was Godzilla, King of the Monsters, a famous figure of post-apocalyptic days. This coincidence guides Gilles Aubry, all ears to echoes of the past, as he leads an investigation and tries to spot distant or tenuous traces left by time. Such rich material, where dinosaur tracks, newsreels, or even seismic surveys can resonate with poetic verses sung by Ali Faiq, or the movements of rwais dancers. Shot inside the cinema and in the surroundings of Agadir, the film is driven by an abstract soundtrack recorded on location. 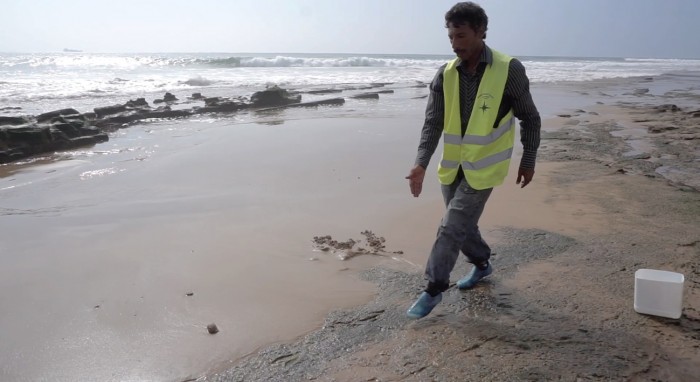 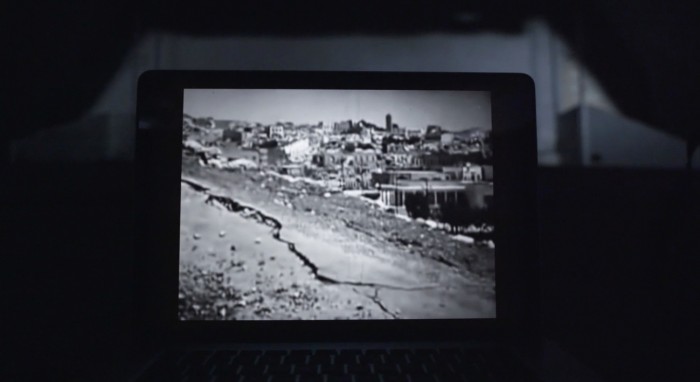 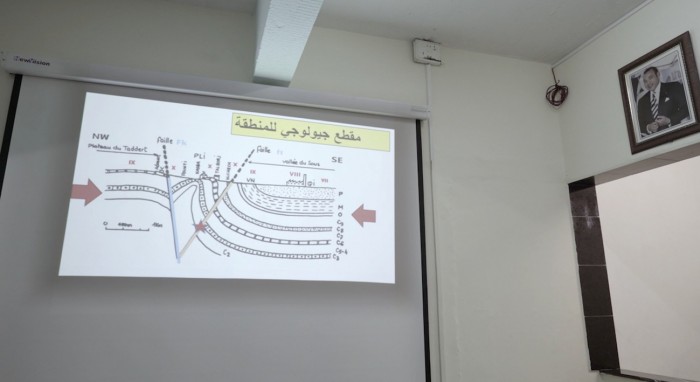