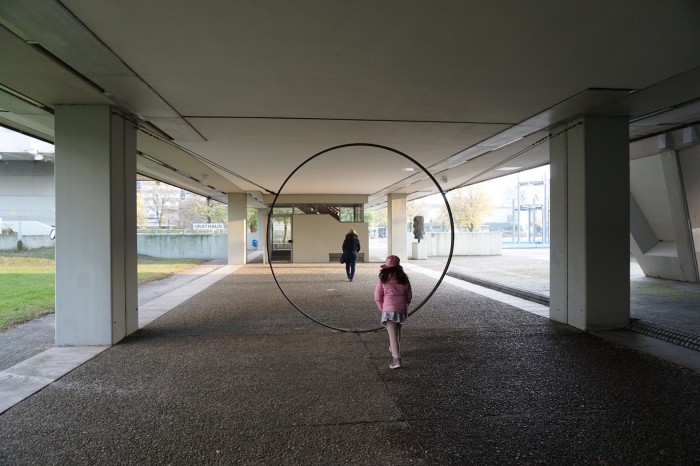 The installation consists in re-conditioning the existing space below the Bürgermeister’s office into a space of attunement, via a sound loop played over six loudspeakers. Publicly accessible, this large space sits at the border between the city council and the museum, and provides good acoustics for an immersive listening experience. The sound loop “from oud to guitar to oud” is made of recordings of an ‘oud’ music instrument, a middle eastern equivalent of the lute. The oud strings are tuned according to two different tuning systems alternatively, the ‘arabic’ tuning (c – f – a – D – G – C) and the ‘western’ guitar tuning (e – a – D – G – B – E). The tuning process is made audible via recording. In alternance with silences, this create an immersive sound environment aiming at temporarily disorienting the listener in order to open up new conditions for attunement.
The installation was made as a response to the presence of refugees in an environment made of modernist sculptures and ‘brutalist’ architecture, following their massive arrival in Marl since the summer of 2015, with a majority of them from Syria. As a formal expression of modernist ideas about space, time and functionality, such a place appeared particularly unadapted to meet the needs and aspirations of people who had come there as victims of physical or psychological violences, in the hope to start a new life. By asking “what other voices resonate when voice is decoupled from speech?”, anthropologist Eduardo Kohn also calls for a different way of listening, to bodies, gestures and images, not limited to human ones. The installation comes as an attempt to transform the administrative and formalist environment into a space of attunement to such voices, by letting go our ‘sovereign self’, our stable ‘reference points’, in order to discover other kinds of attachments to the world.
Visually, the installation space is left intact at the beginning, with only the six discrete white loudspeakers attached to the concrete ceiling. Over the course of the 16 weeks of the exhibition the space is progressively transformed through the successive addition of printed A3 posters on each of the eight concrete pillars surrounding the space. These “weekly public posts” present fragments of conversations with local people and with the newly arrived refugees about their listening experiences, sonic dreams and ideas about attunement. The artist also conducted a workshop with children at a local refugee home, with some of the outputs included in the posters.
http://www.skulpturenmuseum-glaskasten-marl.de/ 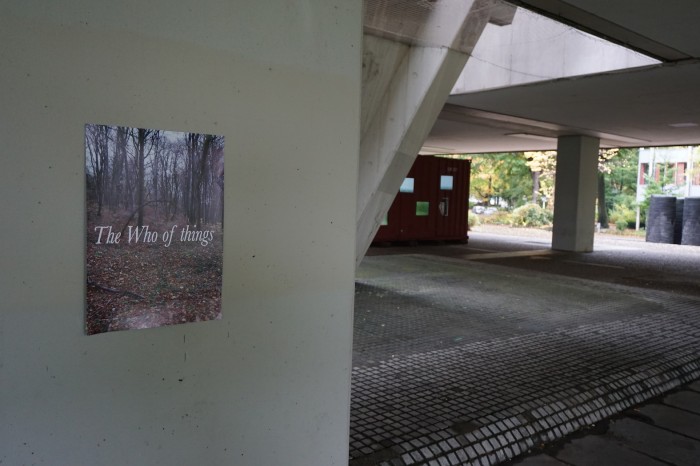 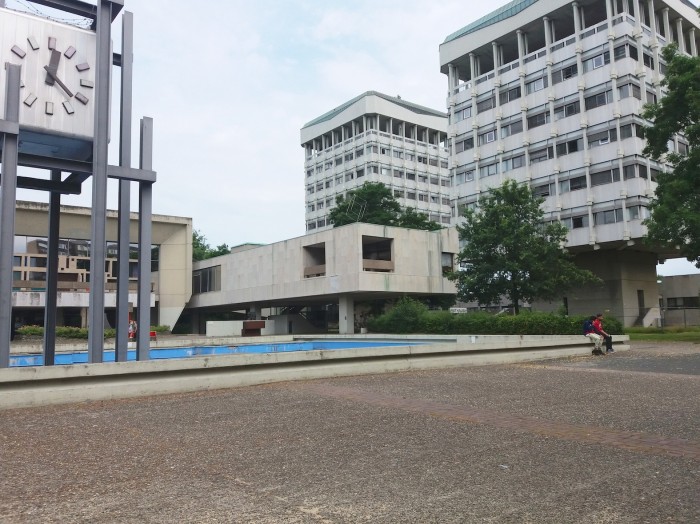 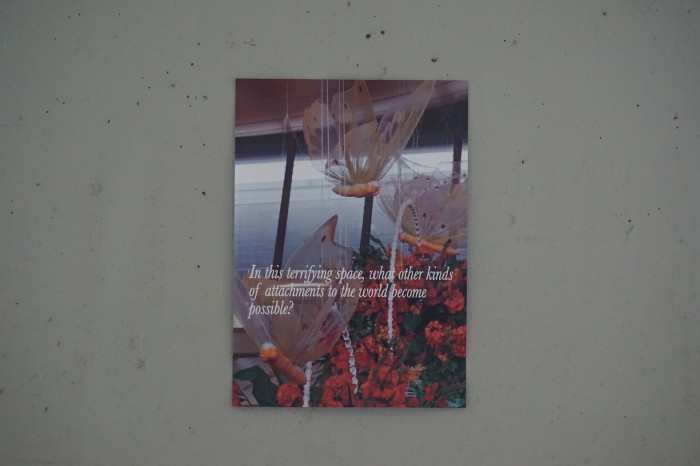 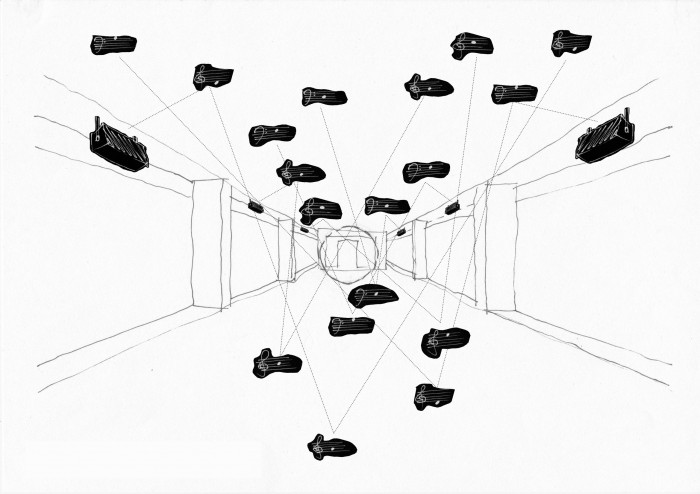 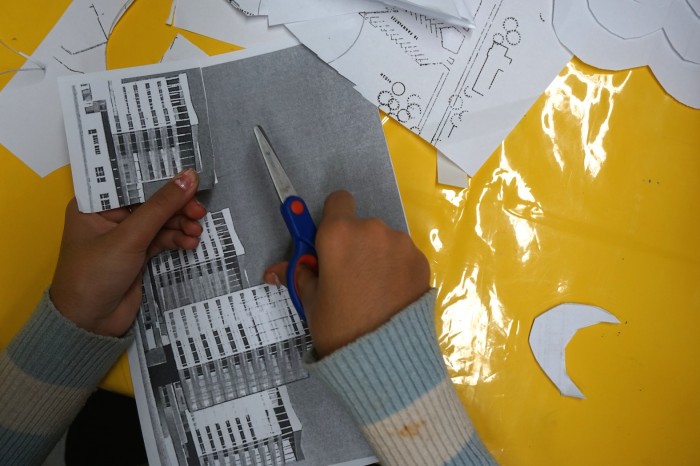 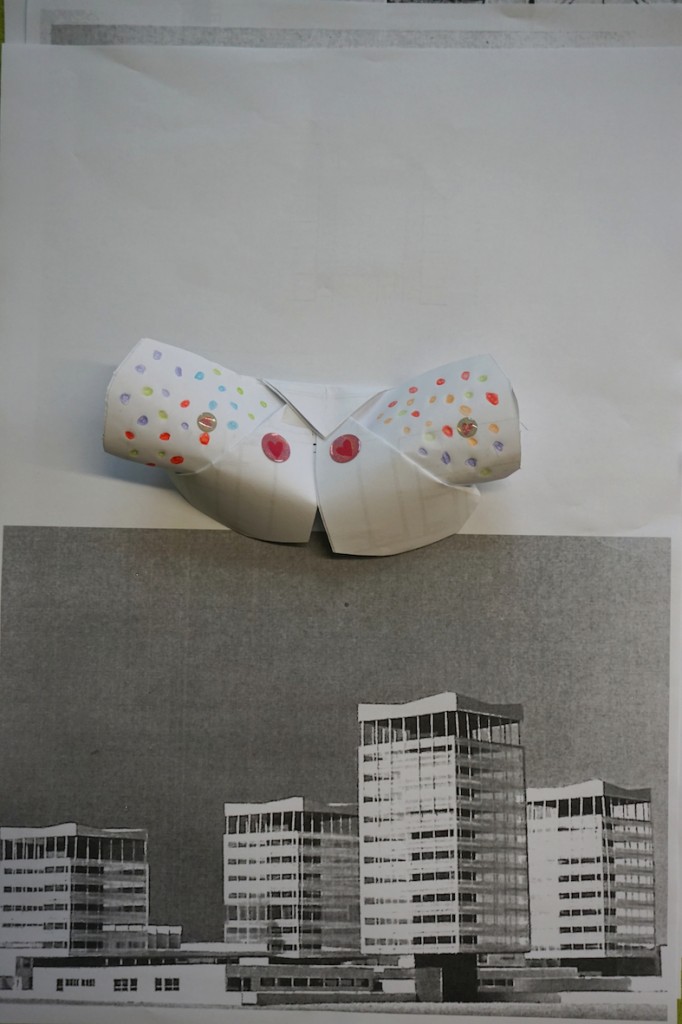 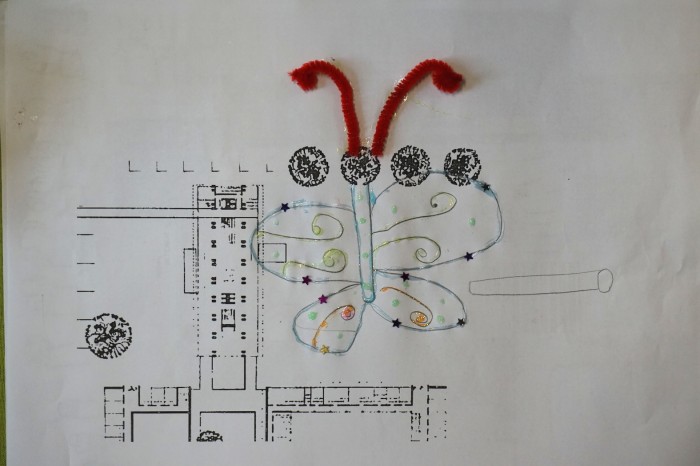 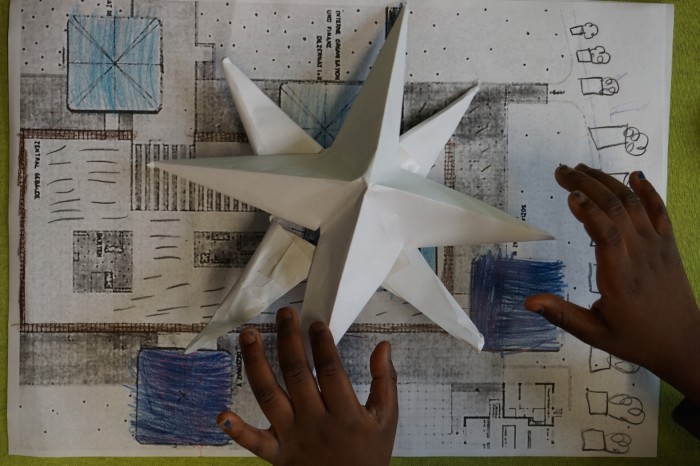 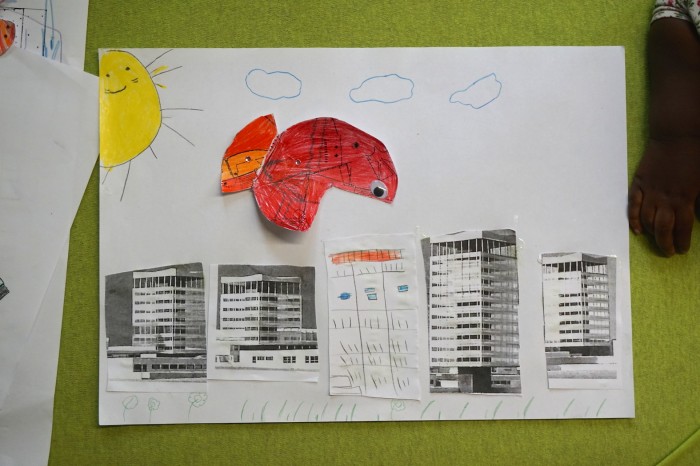