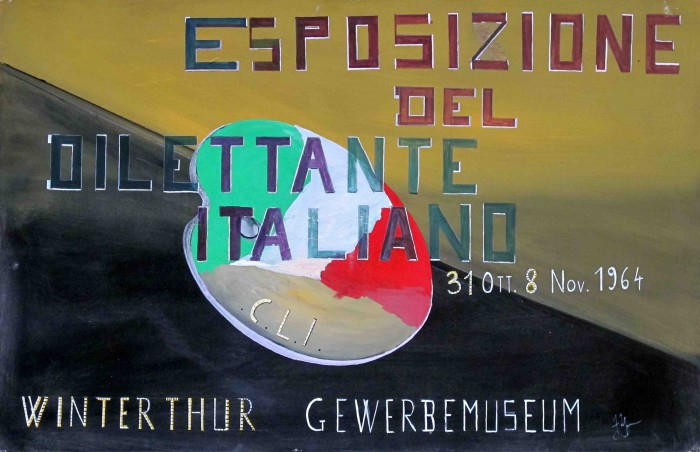 (2015, Audio-loop, 8:00, 4 channels, original poster, documents)
Commissioned by Noah Stolz for the exhibition “Voglio vedere il mie Montagne” at MAGA Museum, Gallarate, Italy, from 7.2 to 15.3 2015.
The Installation refers to an exhibition of Italian amateur painters organized in 1964 at the Gewerbemuseum in Winthertur, Switzerland. A voice audible via the MAGA Museum’s loudspeakers reads the list of the participants of the 1964 show, including their name, place of residency in Switzerland, profession and work-titles. Because of their special status as temporary migrant workers, this population was often not allowed to bring their families over to Switzerland. The question of their ‘tempo libero’ (free-time) was then perceived as a ‘problem’ by the Swiss authorities. The soundscape of names, places and work-titles interacts in various ways with the artworks by Italian post-war masters such as Fontana, Boriani or Colombo, which are displayed in the same section of the exhibition at MAGA. 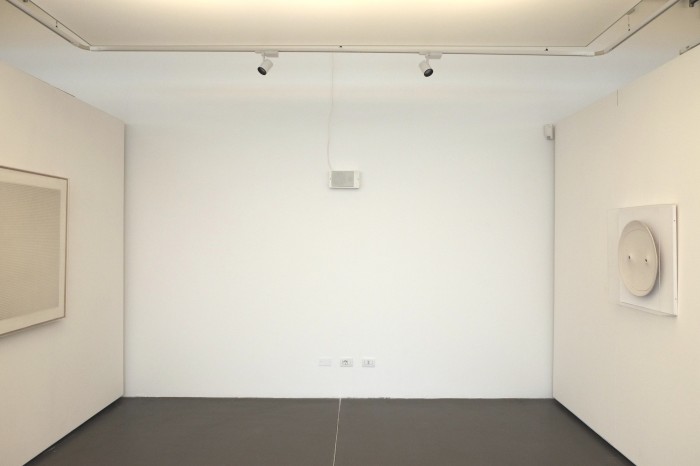 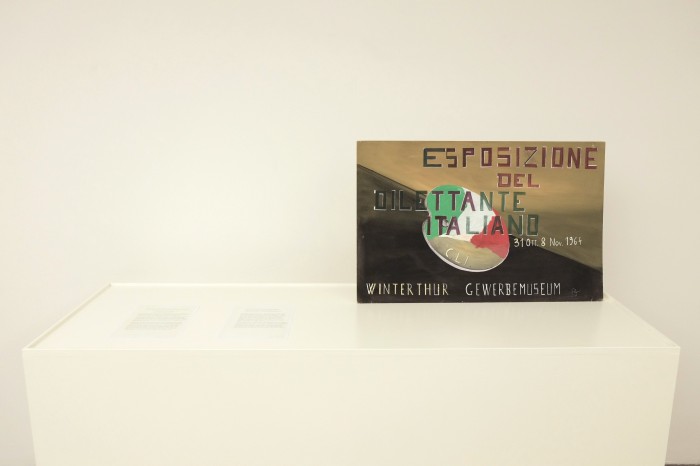 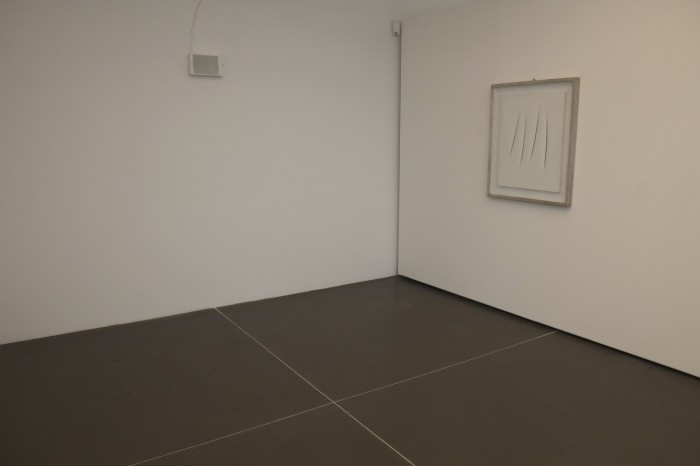 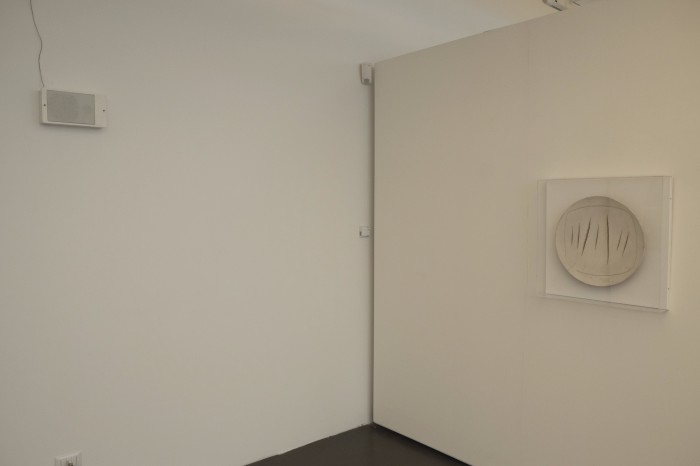