In his installation, Aubry presents eight vinyl records containing a selection of 16 different recordings of a single « reference tone » from the WWI-Lautarchiv record collection. Produced initially with a 435 Hz pitch pipe, this reference tone was added at the end of each prisoner’s voice recording in order to allow for the fine-tuning of the playback speed afterwards, as there was no standard recording speed at the time. While all records from the collection had their playback speed adjusted for the digitization process in 2004, the tones are presented here as they sound without speed adjustment. Differences in pitch and texture become audible by comparison when playing the records over three turntables. By revealing such material differences the work questions the fabrication of scientific evidence and the decisive interpretative role of the listener in this process.

Shellac samples in various colors and qualities are also presented in the installation, as they can be found in the industry today. Harvested from insects in India and Thailand, shellac was imported to Europe, refined and used in the past for the production of records such as the ones in the Lautarchiv collection. As raw material shellac was part of a colonial trade system, for the defense of which the colonial soldiers recorded in the Lautarchiv were forced to fight for during WWI. 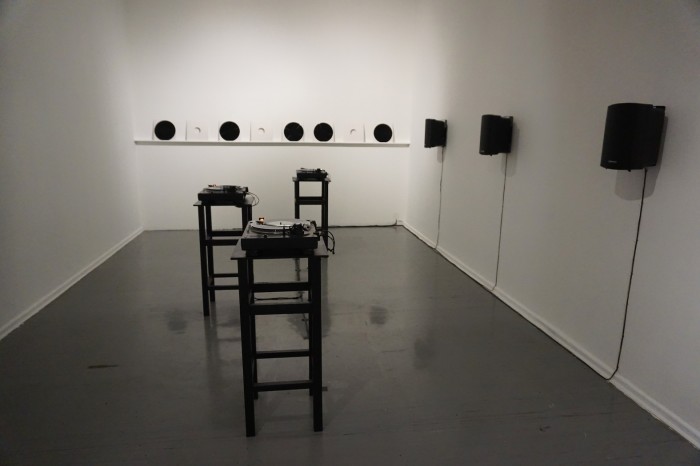 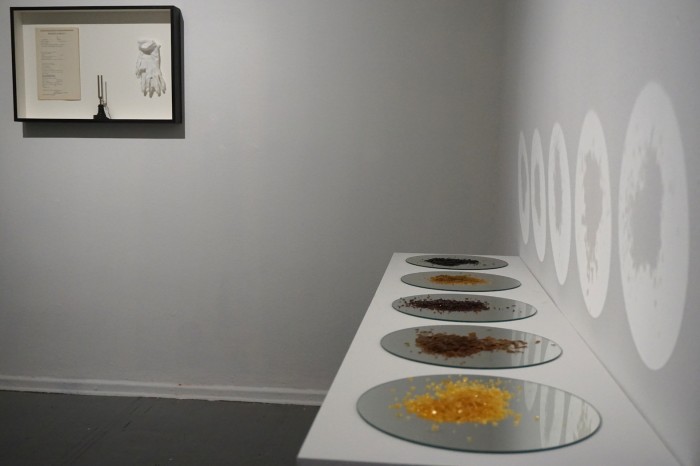 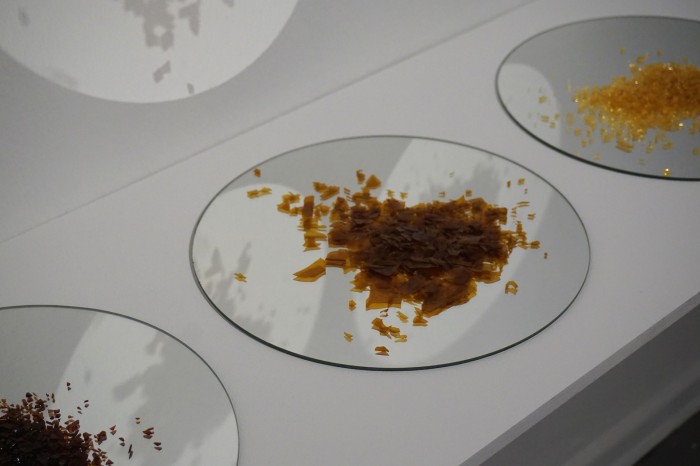 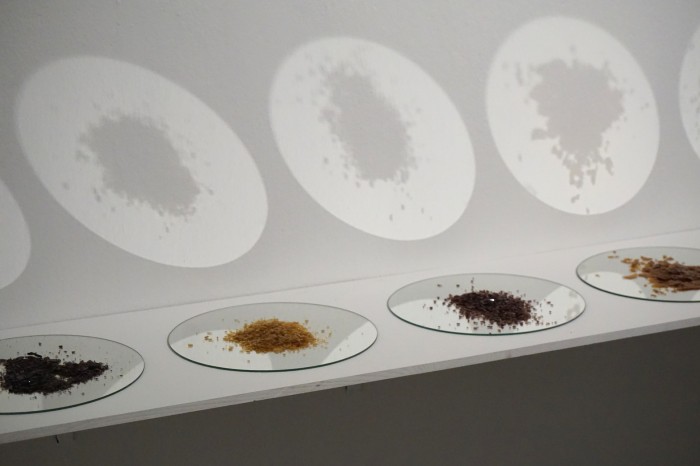 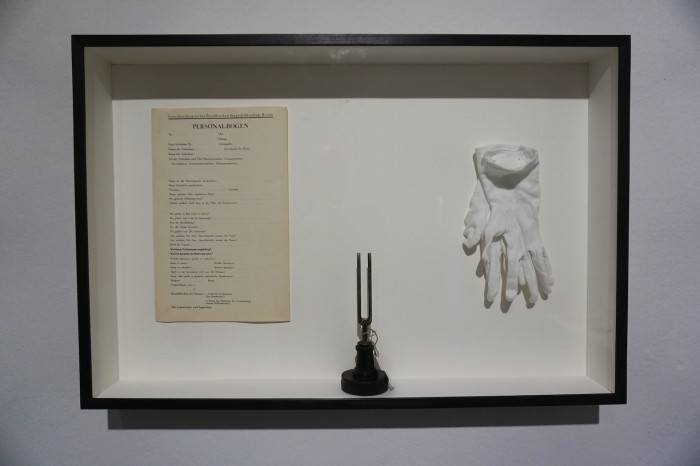 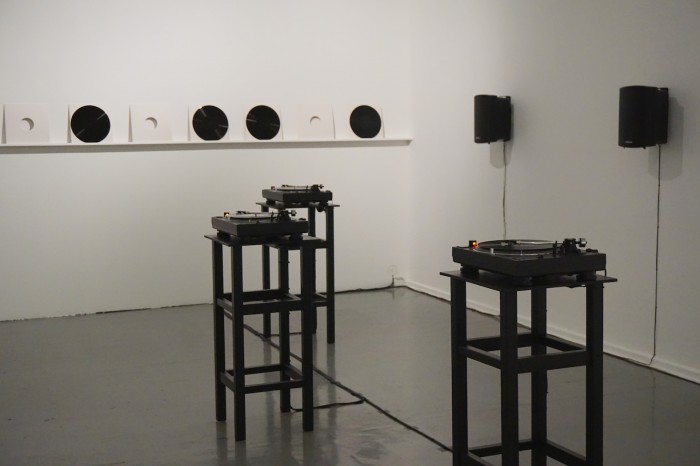