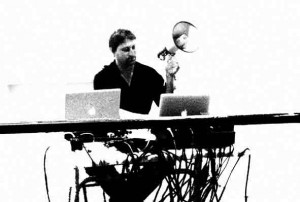 « La matière et l’écho » is based on a reflection on identity and ideology in the context of the 25th anniversary of the JURA, Switzerland’s youngest canton, created in 1979. The performance/installation’s soundtrack is a collage of speeches by some political leaders of the autonomous movement recorded during meetings in the late 60’s and early 70’s. During the second part, these sounds are processed live by Aubry and played back through a 12 chanels speaker system on the four levels of the Gallery. 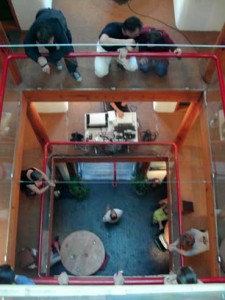