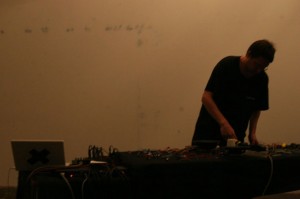 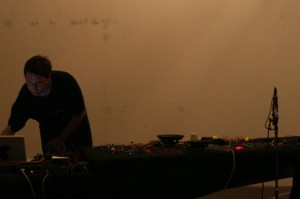 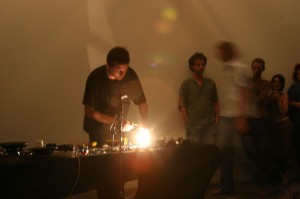 The performance urbanus vulgaris has been inspired by recordings of bird songs in the urban environment as well as by the following considerations:

In the wild, sound is a matter of life and death. Birds and insects rely on complex communication networks to live and reproduce. The main functions of bird songs are to defend a territory & attract mates. In the urban context, human-made noises interfere in this process, endangering some species. *

During the performance, a quadraphonic urban soundscape is played in which all bird sounds have been erased beforehand by filtering.

The missing sounds are replaced by new ones resulting from the live manipulation of cheap electronic sound devices – car alarms, buzzers and systems against moles in the garden – which are normally used to guard and protect private goods. These sounds have become part of the soundscape of most urban centres and are usually referred to as sound pollution because of their intrusive sonic qualities.

By misappropriating these objects, Gilles Aubry uses their sonic potential to recreate a wildlife soundscape inside the urban environment. Imaginary birds, bugs, frogs and other creatures respond to each other’s, following the natural principle of acoustical balance which allows each single voice of the community to be heard.

urbanus vulgaris has been presented at:

* in R. Dooling « The Effects of Environmental Noise on Communication in Birds »